Like a curious reveller, Kenyan writer Amol Awuor enters the 1960s dancefloor and enjoys the beat of an epoch which continue to define how Africa relates musically with its Diaspora.

For ages, Africa has had an almost filial attachment with its Diaspora. Dispersed across the world with notable population clusters in North America, the Caribbean, Latin America, and Europe, the African Diaspora’s special relationship with the motherland reignites after the long night that was the transatlantic slave trade, which witnessed the violent kidnapping of Africans to be shipped as free labourers in faraway lands. In the aftermath of this dehumanizing violence, the African Diaspora, like a ceaseless drumbeat, has maintained a close connection that bops and booms – not only in jazz music but even in reggae.

There is also the appropriation of cultural names associated with prominent liberation figures and the 1960’s is the musical canvas upon which the sense of kinship is proclaimed with an artistic flourish. In short, the 60’s becomes the high noon of renewed engagements, reconnections, realignments, reattachments – all that jazz the African sensibility so to speak!

The music begins with the arrival of the African American jazz trumpeter Louis ‘Satchmo’ Armstrong in Kenya in 1960. A few African countries are beginning to enjoy the fruits of colonial struggle in form of self-rule, and Kenya is no exception. Ghana is already flying high as a beacon of Black pride because it is the first – in sub-Saharan Africa – to wrestle free from British grip. Kwame Nkrumah is her shining Black Star, rallying people of African descent to unite and defeat the evil forces of colonialism and imperialism. The rhetoric works wonders. Among those who grace Ghana’s famous independence celebrations include one of the African diaspora’s illustrious sons, Dr. Martin Luther King Jr. Armstrong had performed in Ghana the previous year, and the warm reception affirmed the ties that bind Black Americans and their ‘cousins’ in the African continent.

But let’s come back to Armstrong’s Kenyan tour. The tour which was marked by performances at the Nairobi City Hall and the then Nakuru African Stadium – with the New Orleans-born trumpeter serenading his audiences with his horn, was also punctuated by the calming of fears by a spoken-too-soon Armstrong that America was an equal country because it forbade discrimination against all her citizens. We now know that was a lie!

Armstrong’s increasingly growing racial consciousness about his ancestral origins, however, is of utmost importance because he begins showing immense interest in supporting young Africans with an inclination toward jazz music. Armstrong promptly offers to adopt “Kenya’s budding guitarists” Paddy and Rocky Agwada of the Bata Shoeshine Boys, but their parents would hear none of it so the story goes. Armstrong lets go, but his passion to uplift others of his kind is visible because he sends another young South African boy called Hugh Masekela a trumpet. The history of African jazz is changed for good. 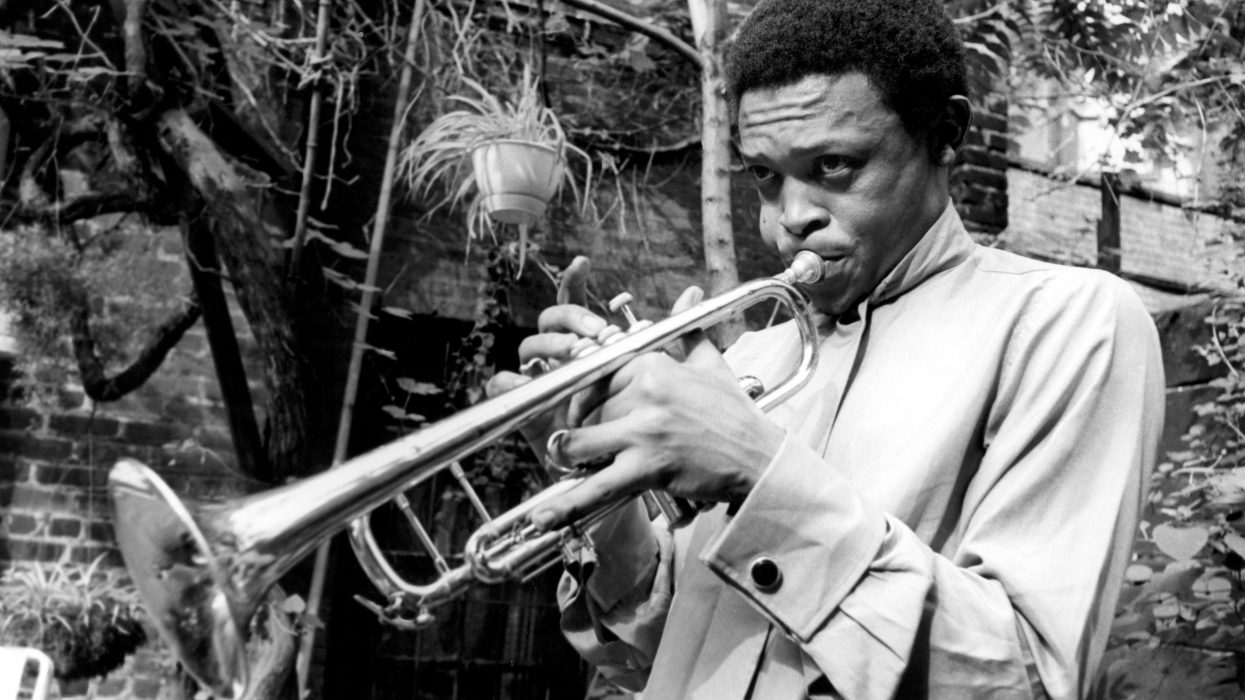 Speaking of African-inspired jazz songs, Dizzy Gillespie, who like his Black American counterpart would later tour Kenya in 1973 courtesy of the US State Department; more than 20 years earlier had released, “A Night in Tunisia”, one among many of the jazz standards that would centre Africa within an ever-changing global cultural consciousness. But it is “Message from Kenya” by Horace Silver on piano and Art Blakey on drums that metaphorically speaking foreshadows the sound of jazz to come as far as the connection between Africa and the African Diaspora is concerned. A four and half-minute song, the jam is musically notable for its African-themed lyrics and fast drum solos that swing enough to be played during a dance ceremony. More messages were to come!

It is significant to remember that some of the songs were emerging against a passionate desire to tap into an African aesthetic that would later radically influence the legendary tenor saxophonist John Coltrane. His 1961 album, Olé Coltrane boasts of the memorable track called “Dahomey Dance” that according to his biographer, Lewis Porter, was “inspired by a field recording of two African singers.” Interestingly, it is the Coltrane-Wilbur Harden 1977 collaborative album, Gold Coast that features such songs as “Tanganyika Strut” and “Dial Africa, among others that reveals in refreshing ways the importance of drawing from cultural memory and how the African diaspora constantly invoked it with excellent artistic success.

The motherland, in this case, was not just a place for nursing lost memories – nostalgia of sorts – but a kind of object of inspiration that helped one relish the small joys of life. Coltrane’s soulful handling of the horn in the EP is a testament to the inspiration and celebration of life despite the growing socio-cultural and political turbulence of 1960’s and 70’s across the world.

However, one of the iconic jazz albums of the 60’s that continues to excite my musical sensibilities is that of the African American trumpeter, Lee Morgan. Aptly titled Search for the New Land, and released in 1964; it is culturally significant in the African context, not because it symbolically signals a fresh chapter for most independent African states, but because of its track, “Mr. Kenyatta”, a timely dedication to Kenya’s first President, Jomo Kenyatta. Featuring as a third track in the LP, and running for close to nine minutes, it has an astonishing piano work by none other than Herbie Hancock. Hancock would seven years later name one of his albums, Mwandishi, an invocation not just to Kiswahili, but perhaps, to his African heritage as witnessed by the adoption of Swahili names among the personnel that featured as sidemen in the three-track EP.

Speaking of Jomo Kenyatta, his name and outsider-looking-inside status have been the subject of not just jazz musicians, but his perceived mystical aura is also an obsession of reggae artistes. Burning Spear, a Jamaican roots singer, who is also popular for his pan-African conscious music readily adopted a military award given to Kenyatta, as his stage name.

The Order of the Burning Spear (OBS), one of the many awards that Kenya bestows to men and women of great distinction in their respective fields (though in recent years some of the recipients have been pseudo-achievers) formed the basis for the lionization of Mr. Kenyatta among people of African descent. He earned the nickname Burning Spear inspiring Dizzy Gillespie to compose a song in his honour during his Kenyan tour in 1971.

But it is the African American jazz musician Kamau Kenyatta whose name clearly reflects the rising tide of the desire to connect back to Africa during the 1950’s throughout the 1960’s. The shift was not only witnessed in musical compositions and dedications, but also the adoption of names of liberation stalwarts that included not just Kenyatta, but more importantly, Patrice Lumumba of the Democratic Republic of Congo, Léopold Sédar Senghor of Senegal, and Kwame Nkrumah of Ghana.

In the 21st century, the cultural relationship between Africa and its diaspora has taken fascinating twists and turns, not just because of the fluid nature of globalization and the rise of the Internet as a force of instant connection, but because, unfortunately, there is a new wave of extreme nationalism across the world that is keen on stopping the drum beats of reconnection and celebration that once united Blacks wherever they are.

Amol Awuor is a writer and freelance editor based in Nairobi, Kenya.