Over the last six years, data collected by the Mathare Social Justice Centre (MSJC) puts Ahmed Rashid, a policeman attached to Pangani Police Station, on the defense regarding the deaths of, at least, 43 young people in Mathare. Among these victims are a 12-year-old boy and two teenagers, the latter whose broad daylight gangland-style execution in Eastleigh was caught on camera; their killing spectacularized to enact maximum community trauma and leave the surrounding public in no doubt over who is in power.

Despite all the evidence against him, it has taken years for the Office of the Director of Public Prosecutions (ODPP) to launch a case against Rashid. After years of protests, summons by IPOA, many pages of dedicated community evidence garnered despite threats, assassinated witnesses and an extremely problematic BBC Eye documentary profiling him at work (in which he admits to extrajudicial killings), finally, on 8 December 2022, Abdi Rashid was to have his day in court. Despite an attempt to stop the murder charges against him, and his absence from the dock citing ill health,  Rashid will finally appear to  face the court on January 26.

Against an unpredictable state that has sanctioned extrajudicial executions for decades, one cannot be sure how this case will go; this is an uncertain situation exemplified by the years it took to get him charged in the first place, and the current support he is privy to by what is considered the Eastleigh Business Community (EBC).

But, we have, at the very least, got to a place where we can name him as one of our monsters, both in our communities and in the law.

When the Mathare Social Justice Centre (MSJC) first started documenting the names of poor young males – the overwhelming personification of this statistic – who had been killed by the police in Mathare, we noticed (amidst many other heartbreaking patterns) that the killer-cops who operated in low income settlements as de facto judge and hangmen were often not called by their names. Locally, they were given pseudonyms, likely, initially, to prevent outside discernment of what was being said – coded conversations.

But also, probably, because these predatory figures existed as other worldly, bigger than life.

They – and they were also often called “they” – acquired pseudonyms that channeled community insults or that identified specific characteristics of the killer-cop in question, such as their ethnic heritage. We would, thus, hear about ‘Maasai’, ‘Stupid’, ‘Ngare’, and others across Dandora, Mathare, Korogocho, Kibera, Kariobangi and other similar places.

But Rashid, probably because of his seemingly omnipresent brutality, appeared to have been elevated to the position of unable evil, since community references to him were more enigmatic, such as ‘Yule Msee’ or even simply ‘Mjamaa’.

Furthermore, in the documentation we would compile, while family members wrote down the names of the officers directly involved in executing their kin, we would sometimes have to capture them as “alleged” offenders in view of the hegemonic legalese that we were also all too conscious of and inevitably shaped by.

Similarly, in the larger organizations mandated to take up this human rights information , put in place by people-centered efforts to make the extralegal death counts hopefully count for something, our documentation would appear to disappear into the annals of bureaucratic malaise, despite institutional mandates to do and be otherwise. Police, too, were and remain reluctant to register a case against their colleagues at police stations. And in the case of Rashid, do not admit that he works at a specific police station – be it Pangani or Huruma. These normalized practices, especially in the case of Ahmed Rashid, entrench a deathly in/hypervisibility of these figures. A haunting presence in many communities.

My current understanding is that the ambiguous localized references to killer-cop Rashid are due to the fear his name can evoke, an embodied chill – a visceral dread prompted by both the blood he has spilled and the terror he has reigned over many years. While the protective “culture of men in blue” – sanctioned from the very top – can be used to explain police reluctance to acknowledge him, let alone prosecute him, I also believe that, at this level, he has existed as an unnamable but ever-present terror, one instrumentalized within state functions, but which, also here but for different reasons, still needs to be coded.

Yet, more and more, I see defiant practices by those who have the most to lose. There are women who have lost children and husbands through his bullets, young people who because of their class status must navigate the bullseye on their backs; they are standing strong and together to collectively name names. They call him “Rashid” “Rasho” or even, as Agnes Callamard, the former UN Special Rapporteur on Extrajudicial, Summary, or Arbitrary Executions, stated: “serial killer(s) in uniform.”

Undoubtedly, it is this community work, the grief and loss of families and communities, and, above all their defiance, that has led to Ahmed Rashid finally having a day in court.

Their years of organizing have demanded that we name Rashid.

My only hope is that we don’t stop here. 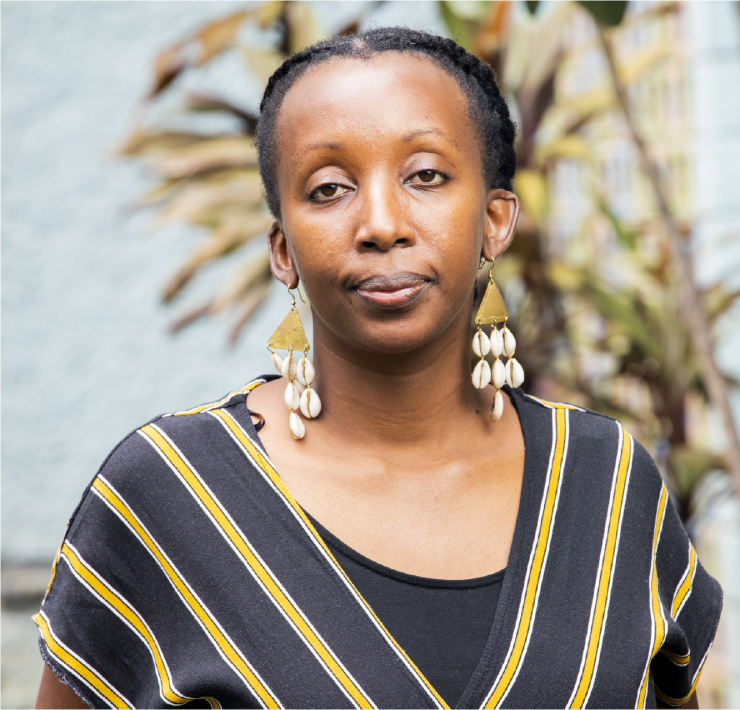 Wangui is the participatory action research coordinator at Mathare Social Justice Centre (MSJC), and an urban anthropologist based in Nairobi.