The Dog, The Beach, The Music: New Year’s In Kilifi

In the early 1970s, a group of women in Boston, USA, began sharing their stories around the ill-treatment they felt they had received from male doctors. Their stories ranged from being misdiagnosed to being ignored by a medical fraternity that was hostile or insensitive to female patients’ needs.

This disgruntled group went on to form the Boston Women’s Health Book Collective, of which NORMA SWENSON is a co-founder.  The Collective’s bestselling guidebook, Our Bodies, Ourselves: A Book by and for Women (now in its 9th English edition), demystified women’s bodies and provided women with alternatives to traditional medical treatments. The book made it to the New York Times bestseller list and has been translated into more than 30 languages. Today, Norma remains an activist and global leader in the women’s health movement. She earned her Master of Public Health from Harvard University, where she taught Women and Health for twenty-five years. RASNA WARAH spoke to her about her 50-year journey to make healthcare more female-friendly not just in America, but around the world.

Q. What prompted you to form a movement that questioned the traditional male-dominated medical establishment?

By the time we formed the Boston Women’s Health Book Collective in 1972, I had been working in global movements called “Childbirth Education” and maternity care reform called “Family-centred Maternity Care”. I understood how little pregnant women and mothers I worked with really knew about their bodies. Though there were many books on childbirth and maternity care, I realised that most women believed deeply that childbirth was excruciatingly painful, and death was often present for either the mother or the baby.

Furthermore, most women at that time felt fortunate that modern medical doctors had the power and tools that allowed women to escape that terrible experience. But I already knew this was not true for every woman because I had already given birth myself, quite joyfully, without an aspirin or a sip of water. If I could do this, I reasoned, so could most ordinary, healthy women. There was a growing childbirth reform movement, which I joined to “Demystify Childbirth” not just for ordinary women, but also for professionals. The emerging feminist movement and the legalisation of abortion in the US in 1973 gave us the impetus we needed to question everything, and the courage to explain to women what we had learned.

Our Bodies Ourselves was and is a book for “ordinary” women, written by and for “ordinary women” who decided to educate themselves because the education they had received had failed them in one of the most important aspects of their lives. They began by telling one another the truth about their own lives and experiences, always linking women and health and medical care with female sexuality and the issues surrounding gender. Nothing like this book existed before we wrote it, and the books written by professionals were few and mostly useless. Even the literature on psychiatry was misogynistic.

At that time, women and Jews in the US were only allowed to become doctors on a quota system basis – only 3% in Ob-Gyn when our first book appeared. Jews sued to get equal treatment about a decade before women did. Blacks settled for their own medical schools, but the US populations of colour reflect neglect to this day, if you look at their infant and maternal mortality rates.

One reason it was so easy to reach “ordinary” women was because we ourselves were “ordinary” women. Yes, most of us had some education beyond high school, but none of us had any kind of expertise in any of the so-called health professions: medicine, nursing, public health. When the first commercial edition of Our Bodies Ourselves appeared in the spring of 1973, after the Roe v Wade decision was made by the then Supreme Court, my faculty at Harvard was totally surprised and in shock that I, one of their students, was one of the celebrity co-authors! The American Library Association said it was “the most stolen book” in their libraries. And when some right-wing groups organised to try to get our book out of public school libraries in high schools and YWCAs and other community settings, the Association mobilised other respected professional organisations committed to healthy human development to help us fight these attempts. One of the conditions of our contract with the publisher was that they would provide at a 75% discount on copies of our book to any community group providing health services.

The book is also being used by doctors in other countries who have few resources to carry out their work. I discovered that in rural Kenya, doctors trying to function there had no reference books to help them, especially for illegal abortions, which was the chief admission diagnosis and cause of death at that time. Heavy as it was, I was carrying a copy of our book, and when the medical chief at the clinic we visited asked me for it, I gave it to him.

Q. Public health services and the medical establishment not just in the US but also in my country Kenya are moving towards becoming more profit-oriented rather than patient-centred. What impact has this had on public health in general, and on the lives of women, children and men in poor countries who depend on national health services that were previously free or heavily subsidised but are now increasingly privatised and costly?

As is so often the case, “the answer, my friend, is blowing in the wind,” as Bob Dylan once so famously sang. While it is quite true that profit-motive policies in “health” and “medical care” are much more visible here in the US now than at any time in the recent past, this is largely because income inequality is now starting to surpass the worst excesses of the last “Golden Age”, which ended with the Great Depression (1929-1939), arguably the most painful economic crisis most Americans had ever lived through at that time. Politically, it also gave rise to President Roosevelt’s New Deal. Over the course of the 50 years since, the only significant improvement came during the Obama Administration, but even then only by agreeing that the insurance industry would set the terms (and its own profits).

In today’s health crises, it is the entry of private equity and the dominance of the insurance industry that have been intensifying health and medical care privatisation. The downhill slide has been increasingly rapid, and last year for the first time we saw declines in US life expectancy overall. Women of colour experienced the highest ever maternal mortality rates, and as the world knows well, they also suffered the most during the COVID pandemic. This privatising and profiteering is part of a larger trend to maximize profits out of all types of human service enterprises, of which medical care is only one component. This is going on in hospitals, nursing homes, trailer parks, the housing industry, and schools all across the US. It results from income inequality. It is no surprise that these financial conglomerates would find African institutions attractive. The search for places to put excess income is never over.

The short answer to your question is: The more literate women are, and the more affluent they are, the more resources they command. If they identify with the ruling group, the more likely it is that they can obtain the services they want and need from systems in power. For example, in the majority of countries where abortion is illegal, elite women can find doctors who will perform abortions, while stating publicly that they do not, and refusing to offer them to ordinary women on grounds that it is against their “consciences” to do them. So-called “Conscientious Objection” is a widespread excuse even in a place like Italy, where women marched and demonstrated to obtain abortion as a legal right in 1978.

However, even women with access to resources are becoming increasingly critical of the quality of the health and medical care they receive. Both quality of healthcare and outcomes are getting worse. The existing system is a failure, especially for those least advantaged among us, who are, not surprisingly, people – especially women – of colour. I think it will still take a very long time before most women are as critical of the system as some of us activists and public health people are, but we are still very far away from the kind of national health system we need and deserve, partly because most women feel grateful if they have access to care at all – if they do – even if drugs are too expensive and premiums and co-pays are mostly decided by the insurance industry. Many still imagine this is all they deserve. Most do not yet imagine that the profit motive might be a central reason why things are so bad. That is the real tragedy.

Racism is now being recognised as an actual risk factor for poor health, as never before.

But many believe major changes are on the horizon. Women, especially women of colour, will be leading the way. Women need to mobilise in small groups, learn how to trust one another with their most personal truths, and then organise to resist corporate and professional or political power over their lives. Only a few have been given the tools to do this kind of work, but the movement for change is already building across the globe. It will take time and determination. 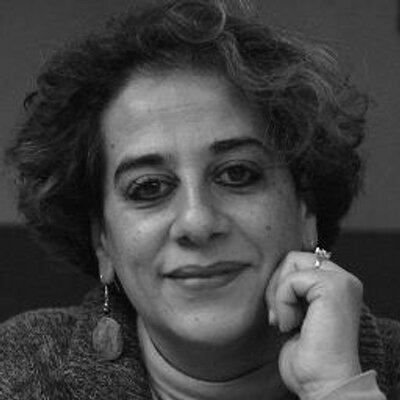 Rasna Warah is a Kenyan writer and journalist with over two decades of experience as an editor, writer and communications specialist. She wrote a weekly op-ed column for the Daily Nation, Kenya’s leading newspaper, for many years, and has contributed to various regional and international publications, including, the UK’s Guardian, Africa is a Country, The East African, The Mail and Guardian, The Elephant, and Kwani? She has worked as an editor and writer at the United Nations Human Settlements Programme (UN-Habitat) and has published two books on Somalia: Mogadishu Then and Now (2012) and War Crimes (2016). Her first book, Triple Heritage (1998), explored the history of South Asians in East Africa. Her latest book, Lords of Impunity (2022), examines the failures and internal contradictions of the United Nations and what can be done to transform this global body. She holds a Master’s degree in Communication for Development from Malmö University in Sweden and a Bachelor of Science Degree in Psychology and Women’s Studies from Suffolk University in Boston, USA. She is based in Nairobi, Kenya.