Since the county-assembly-impeachment of Meru Governor Kawira Mwangaza Kawira on 14 December 2022 – hardly three months into the role – questions have emerged about the place of impeachment of governors by Members of County Assemblies (MCAs). Governor Mwangaza became the seventh county-assembly-impeached governor. Intrigue therefore lay more in the timing than in the removal. 97%  (67/69) of MCAs voted to remove her. Achieving such consensus was no mean feat; coalition, party, gender, community, age, and regional differences must have converged to deliver such a blow. Considering such agreement was achieved before the dust from sharply divisive and hotly contested elections has settled, something must have horribly and swiftly gone south in the politics of Meru which envisions itself as becoming “A Green, United, Prosperous, Model County.”

So what wrong that quickly? A number of theories were proffered. These include gender, independent candidature, revenge, greed and turf wars. Additionally, the Governor’s purported obstinate involvement of Murega Baichu, her spouse, in the county’s official matters is seen to have provoked the impeachment. Elements including nepotism, illegal appointments, and improper circumvention of the county’s constitutional and statutory organs formed the formal accusation of her abusing office.

On 30 December 2022, the Senate however overturned Governor Mwangaza’s  impeachment.

Commenting thereafter, while some decried what they deemed to be the abuse of impeachment by MCAs, majority of Senators urged Governor Mwangaza to go reconcile and unite with the Meru ward representatives. Like a cat out of the bag, this instruction to the MCAs from Senator Hamida Kibwana – “I am sure that this time she has learnt a lesson (my emphasis) and this time she will work with you…” in my opinion, subliminally revealed the undeclared intention for her impeachment.

Impeachment is the mythical Sword of Damocles hanging over the heads of Kenya’s senior state officials. A facility for holding to account and disciplining state and public officials suspected of offending public trust and authority, impeachment is rooted in English constitutional history.

As reported in the United States Senate’s website, “impeachment as a constitutional process dated from the 14th – century England, when the fledgling Parliament sought to make the King’s advisers accountable.” It is a mechanism for checking the breaches of those given trust and authority of ensuring that the affairs of state and public are ethically administered within permitted grounds. The website adds – “By the mid-15th century, impeachment had fallen into disuse in England, but in the early 17th century, the excesses of the English kings prompted Parliament to revive its impeachment power.”

In his book, Democracy in America, Alexis de Tocqueville explained that the main objective of impeachment or what he termed as “political jurisdiction in America”  was the ability “to take away the power from him (sic) who would make a bad use of it and to prevent him from ever acquiring it again. This is evidently an administrative measure, sanctioned by the formalities of a judicial decision.”

Tocqueville’s rendition in 1835 frames Kenya’s current impeachment philosophy and intention. Senior state and public officers including the President, cabinet secretaries, judges, commissioners, holders of independent offices, and members of county executive committees may be removed from office through impeachment. This through the invocation of the executive or legislative arms of state.

A checking mechanism, impeachment provides answerability for transgressions against sound holding and exercise of public authority,  directly or indirectly delegated to state officials by the sovereign (wananchi). Because their authority is acquired politically (i.e. either directly elected or approved and appointed by elected officials), mal-administration of the same is also initially subjected to and determined through the same political ecosystem and institutions (presidency and parliament).

At the national level, impeachment starts at the National Assembly (NA) which upon its resolution, the President suspends the accused official and then constitutes a tribunal to inquire deeper into the accusations. This is the case for judges, commissioners, and holders of independent offices.

Impeachment of the President or Deputy President begins at the NA and concludes at the Senate. At the county level, impeachment of a governor commences at the county assembly (CA) and concludes at the Senate. As can be seen, the inter-institutional checking and balancing design and principle prescribed by the Constitution also applies during impeachment where the ‘charging’ institution hands over to another to decide. This is one of the measures employed to ensure that this facility, availed to political institutions, is not abused, and that officials and the public do not suffer at the altar of partial political exigencies. Additionally, the Constitution and other laws specifically prescribe required quorums and thresholds for resolutions and categorically outline what Tocqueville referred to as “political offences”.

In the case of a governor, the Constitution lists the offences as “gross violation of this Constitution or any other law;…serious reasons for believing that the county governor has committed a crime under national or international law; or abuse of office or gross misconduct. Not an offence per se, but where a governor’s wellness is in question and deemed to affect optimal execution of the office, the Constitution provides that s/he may be removed for “Physical or mental incapacity to perform the functions of office of county governor.” These streamlined grounds protect against political witch-hunting and arbitrariness. Additionally, outcomes from the “political jurisdiction” are not final and may be subjected to further processing, through other institutions like the judiciary, for instance, where criminal sanctions are also preferred, and through review and appeal mechanisms, upon whose exhaustion the process concludes.

Like any other power or authority placed in the hands of politicos, at the county level especially, impeachment can be abused. Instances where MCAs, who constitutionally approve plans, policies and budgets prepared by the executive have allegedly extorted and held governors hostage by refusing to endorse their appropriation plans – until the governors accommodate the MCA’s interests, many which tend to be selfish (unwarranted allowances, foreign trips) – are ubiquitous.

Where this is the case, the prescription that impeachment resolutions by county assemblies must be confirmed by the Senate mitigate cases of its abuse by MCAs who choose to use it to achieve local parochial political and personal interests. Subjecting the resolution to a national platform and audience, avails the resolution to politically ‘disinterested’ and objective eyes and ears at the national level.

Where dissatisfied, the impugned governor can choose to use courts.

Though rare, anecdotes of MCAs restraining the excesses of governors have also been told.

As constitutionally obligated, MCAs oversee governors on behalf of residents. Where this works well, citizens benefit, but when it fails, especially where a governor either through political party affiliation or other ‘incentives’ manages to compromise MCAs, citizens suffer.

It is therefore crucial that governors forge good and objective working relationships with MCAs. This is best achieved through disciplined coalition and party affiliations, but where this is lacking or inadequate, through effective deal making. In a sense, governors must proceed from the premise of perceiving themselves as the titular, cross-factional political leaders in counties. They are the epicentres of political activities in counties. Where leadership or effective inter-governmental relationship and engagement fail like in Meru, or as was the case in Makueni between 2013 and 2017 – when the MCAs and the then Governor Kivutha Kibwana fell out and threatened the existence of the then Makueni County government after the governor requested President Uhuru  Kenyatta to suspend and dissolve the entire government as per Article 192 of the Constitution – it is the residents of the county that ultimately suffer because of the inertia occasioned by the gridlock.

Because MCAs derive their oversight mandate from wananchi, impeachment is therefore a sovereign rod for checking recalcitrant governors and senior officials of the county executive. It is a useful device for reminding governors that their authority also stems from and is controlled by citizens through law. It can however be misused. To mitigate against this, measures discussed above are used.

Be that as it may, improvisation and opportunity (hitting when hot) are hallmarks of the art of politics.

When given a chance, and especially where their seats are threatened, politicians have been known to use all available means to fight, sustain, and leverage their positions. This was the case in Meru. After the MCAs failed to reign in the governor, impeachment came in handy. During a recent interview with a local radio station, Hon. Dennis Kiogora, the Minority Whip in the Meru CA, and mover of the impeachment motion explained that “For us, it was a fight for survival. When the governor started supporting our opponents, we sat down and decided to impeach her. It was meant to divert her attention from fighting us…we knew chances of it passing in the Senate were low… For us, it was to bring her to negotiate with us… After we tabled the motion, she started calling us.”

Hopefully Senator Hamida’s lesson, which is that impeachment is political, has been learnt, not only by Governor Mwangaza but by all governors. 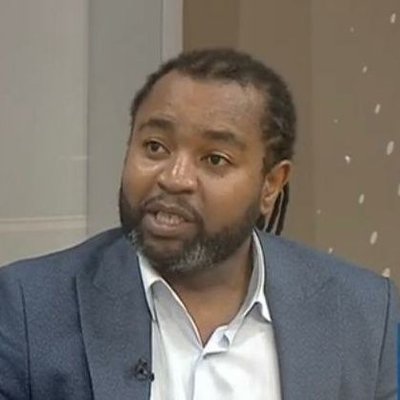