The First Wave of Kenyan Novelists

There are endless examples in history where the brutality of colonialism may be identified and critiqued, but for me, the aftermath of the 1952 State of Emergency in Kenya works best. On 7 October 1952, Chief Waruhiu – who’d formed an alliance with the colonial government and was working under them – was murdered. Historical records point to members of the Mau Mau as his killers. 13 days later, colonial governor Evelyn Baring declared a state of emergency – one that lasted for 8 years.

After the declaration, English became the official and only language of formal education. As Ngugi Thiong’o writes in his book Decolonizing the Mind, “English became more than a language, it became the language, and all the others had to bow before it.”

This period in history changed many Kenyans’ lives, and for those who would venture into the world of letters, it would be an opportunity to tell the stories of Kenya that depicted realities – whether actual or fictionalised – and be part of the first wave of Kenyan novelists.

The 60s: Tradition and the colonial era 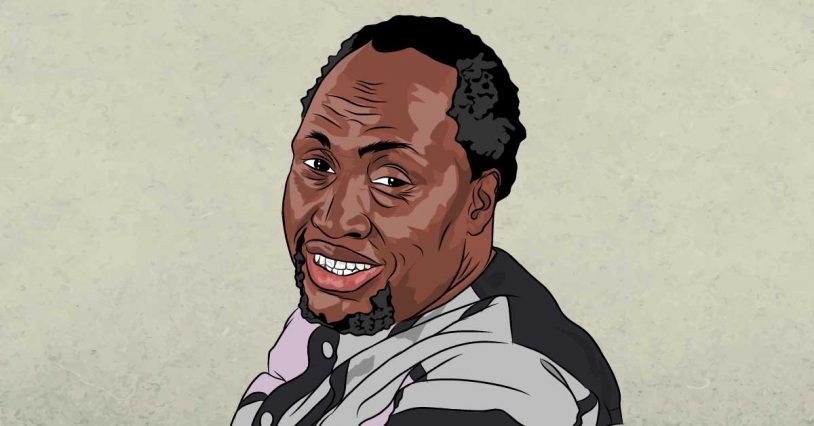 The obvious starting point for Kenyan literature is Ngugi wa Thiong’o’s Weep Not, Child – a fictional tale set within the turbulent times of the State of Emergency. Published in 1964, the story’s inspiration evidently comes from Thiong’o’s experiences and understanding of the effects of the Mau Mau Uprising. It was notably the first published East African novel written in English, included in the African Writers Series (AWS).

In the same year that Thiong’o broke literary barriers, R. Mugo Gatheru’s book A Child of Two Worlds, A Kikuyu’s Story was released. Contrary to Thiong’o’s novel, Gatheru’s book was an autobiographical tale describing his younger years growing up in colonial Kenya and his later years pursuing education abroad: the differences in culture from a personal perspective.

Thiong’o’s literary prowess continued the following year when AWS published his second novel in the series, The River Between. In this tale, faith and culture are the prevalent themes as the story delves into how these two aspects divide two Kikuyu villages which happen to be brought together by the river they are both dependent on. This book undoubtedly reached a myriad of readers, and came to show how European influence, despite its adoption by Africans, was a disruption to tradition.

As Ngugi became a global name associated with African literature, along with the likes of Chinua Achebe, Cyprian Ekwenesi (both Nigerian novelists) and Peter Abrahams (South African novelist), another Kenyan literary enthusiast was on her way to the continental scene. 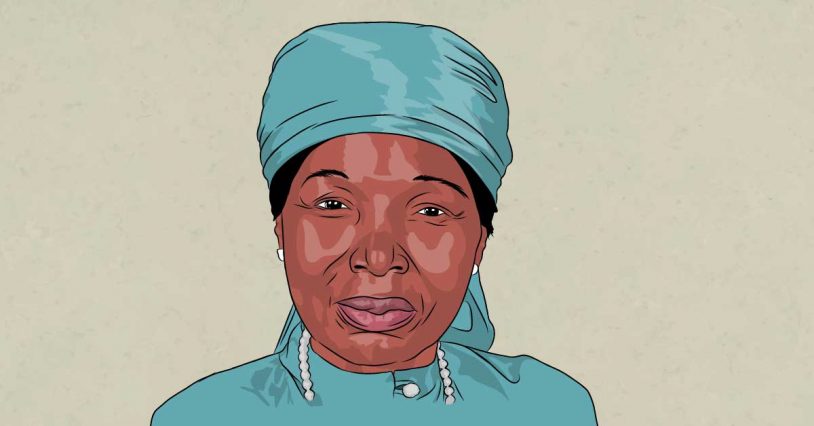 In 1966, a new book hit the market, The Promised Land by Grace Ogot: a tale of Kenyan–Luo immigrants in Tanzania and the various circumstances and trials that meet them in their new settlement. More importantly, Ogot shared her understanding of the attributes expected of an African wife: submissive and family-oriented.

In the few years preceding this publication, Ogot had had two short stories published: A Year of Sacrifice (Black Orpheus literary journal, 1963) and The Rain Came (Modern African Stories, 1964). No doubt Ogot was a trailblazer, paving the way for other women novelists who would follow in her steps – and soon enough.

In 1966 came the release of the East African Why? Stories by Pamela Ogot, answering the whys of various questions about animals, written for children. And in 1967 followed a collection of short stories for children by Anne W. Matindi titled The Sun and The Wind. Both books were published by the East African Publishing House though there surprisingly (or not) isn’t much information on the latter.

That same year, Ngugi wa Thiong’o made another literary appearance through his book, A Grain of Wheat, published by the AWS. With a third book making rounds, Thiong’o had become known as a novelist keen on sharing Kenya, specifically how events in the colony affected everyday people – with the prevailing theme being betrayal – in the years leading up to Kenya’s independence. He wrote the book while studying in Britain.

In 1968 Grace Ogot’s first collection of short stories was released. Land Without Thunder (and other stories) featured 12 stories of traditional Luo life, showing the contradiction between tradition and modernism, culture and colonial lifestyle. Similar themes from her debut were seen in this collection, and included scenes that would best be described as, well, disturbing.

The 70s: Politics, class, and the shift in moral fabrics

With a new decade came new names on book covers.

The first was in 1971 when Son of Woman, an autobiographical crime novel by Charles Mangua was published. Unlike his contemporaries, Mangua opted for a humorous and satirical approach in his prose, merging with the current affairs of the time such as sex work, working for gava, and incarceration, to name but a few. This book quickly became popular among Kenyan readers because of its relatability. Independent Kenya was almost a decade old and while the colonial imprint was still visible, another side of Kenya by Kenyans was becoming more and more apparent. 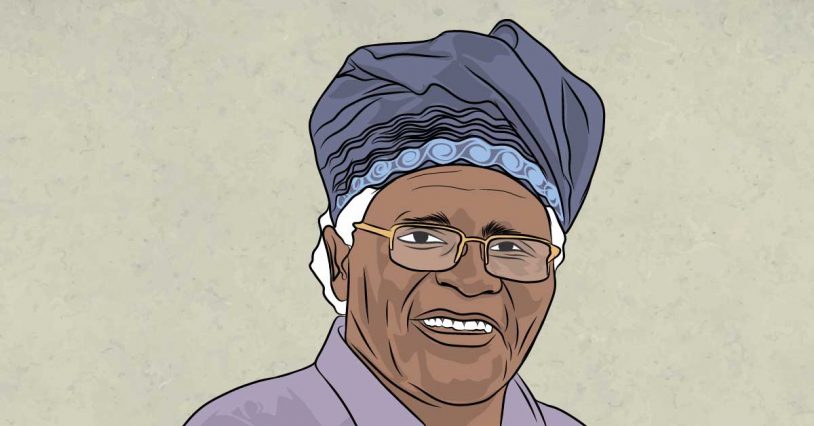 Three years later in 1974, David G. Maillu was added to the list of Kenyan novelists after the premier of his book After 4:30, where he answered the question that nobody had asked yet everybody seemed eager to know, “What Kenyans do after work hours?” The extent to which Maillu had embraced freedom of expression was evident in how popular the books became due to how far he’d pushed the boundaries, so much so that the title was banned for its sexual themes because it apparently ‘excited the readers’ imagination’.

Soon after, in 1976, Francis Imbuga took readers on a political ride around a newly independent African state with his sensational play Betrayal in the City. This fictional narrative showed the outcome of oppressive leadership and the disillusionment that arises. 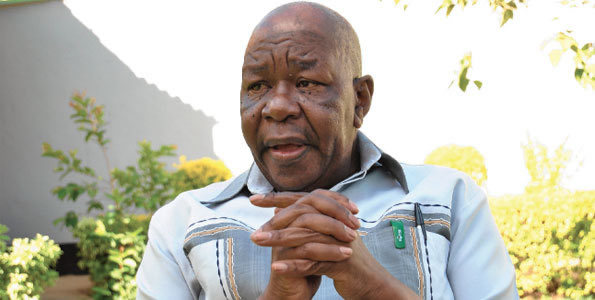 That same year, Meja Mwangi stepped into the scene with his debut Going Down River Road, where he accurately portrayed the economic inequalities common within urban settings. Interestingly, this novel remains relevant to date.

Grace Ogot’s name popped up once again when her collection of short stories titled The Other Woman (and other short stories) was published. Like Imbuga and Mwangi, her stories were inspired by the world around her (technically the world around most Kenyans at the time), looking into society from both a cultural lens and a spiritual one.

Then on 1 January 1979, Across The Bridge by Mwangi Gicheru was the latest read in the market. The story took readers on a poor young man’s difficult journey to wealth, exploring themes of love, crime and social class bridges, patently showing the actuality of oppression and segregation. There’s been a widely held belief that reality moulds fiction, and this decade showed that to be true.

The 80s: Pop culture and the things people should care about

By the next decade, it was clear that there was as much a local market as there was an international one for Kenyan stories. In 1982 For Mbatha and Rabeka by David G. Maillu was published. From the cover image, an imaginative mind would immediately predict a love triangle thanks to the woman at the centre and two men beside her, albeit at a distance. This, and the fact that by then, Maillu had a reputation.

In the novel, Maillu left readers with the vibe of “in the game of love, you either win or you lose”, becoming that author, the one whose books explored sex and seduction – a genre that proved to have a sizeable audience in Kenya.

Ngugi wa Thiong’o’s English play I Will Marry When I Want, a collaboration with Ngugi wa Mirii, was also released the same year. Inspired by history, specifically post-colonial Kenya, the play delved into politics and society of the time. It was soon after banned by Daniel arap Moi’s autocratic regime. But the thing is, nothing was more delicious to Kenyans than banned stories. You know what they say about the forbidden fruit. 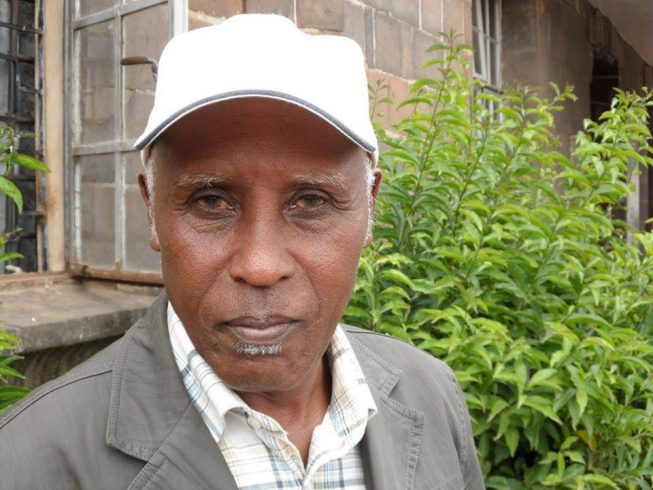 In 1984 another hit was published. My Life in Crime by John Kiriamiti was a story loosely based on Kiriamiti’s life as a criminal in the 60s and 70s, and was written while he was behind bars. As the name suggests, the book’s main theme was crime, but also included points on classism and justice. Perhaps a form of atonement, Kiriamiti’s life turned around after his release, where he went on to build a reputation as the ‘criminal turned author’.

In the decades since, more of the same names appeared in print, and many more have come to be known. But these storytellers evidently weaved words and created stories that were homegrown, contrary to those written about Africa from a European gaze. They created stories that were first and foremost for Kenyans, showing that literature, while in the white man’s language, could be appreciated by natives, because it was rooted in our truth, our reality.

By conceptualizing and writing these narratives, the real Kenya was shown; the evolving Kenya was shared with the world, and the creators and storytellers came to be praised and appreciated by Kenyans – not just for their work but for paving the way for the next cohorts of writers and storytellers. Respect the OGs!

GL Vidyarthi and Priya Ramrakha: Pioneers of the Kenyan Press