Human rights activists assembled at the Kenya National Archives square in downtown Nairobi on this year’s May Day – 1 May 2021 otherwise known as Labor Day – earnestly echoing the words borrowed from rapper Juliani’s Utawala song in unison, drawing attention to the millions of vulnerable Kenyans facing hunger, a state exacerbated by negligence and corruption against the backdrop of the Covid-19.

The song, released exactly seven years ago, endures a weighty memo that lingers ever more deeply in our national psyche. The activists wielded placards, announcing their demands with which they intended to march to State House, the President’s residence, to deliver their frustrations to the Head of State.

Of the many demands displayed in the posters, the most notable were: vaccines for all; an immediate lifting of the partial lockdown; an end to the dusk to dawn curfew; an immediate end to police killings and police brutality; an end to mass unemployment and the immediate scrap-off of increased taxes on fuel and other basic items. Also notable was another placard that boldly read “Poverty Is Violence: war is starvation, war is rape, war is deprivation of movement, war is fear, war is lack of access to healthcare, war is diseases, war is lack of access to wealth, war is hopelessness”.

The elongated list of demands comes after over 1.7 million workers lost their jobs in the second quarter of last year alone, owing to effects of the Covid 19 pandemic, this according to the Cabinet Secretary for Labor and Social Protection, Simon Chelugui. Similarly, and more recently, the new restrictions (lifted on May Day) putting five counties in the Disease Infected Zones under lockdown saw twenty-five percent of the total working population in the country put out of action.

Beneath the surface of this peaceful protest was not just typical complaints about what the government is doing wrong, but also a strong appeal to every Kenyan worker to be socially useful – to look at where they work (not necessarily employed) and see how the system exploits us, then demand a new logic of governance and dignity.

However, before the protesters could march further down the CBD towards State House, anti-riot police cracked down on them, and lobbing tear gas and dispersing the whole lot of lobbyists. It was then that DW’s East Africa correspondent, Mariel Muller, took two canisters to the leg while conducting an interview with one of the activists. Several demonstrators were battered as some were shoved into police trucks. Amnesty International and the Foreign Correspondents Association of East Africa (FCAEA) heavily condemned the attack on journalists and journalism.

But what was all of this worth? I am reminded of Juliani’s lyric once again, “Niko tayari kulipa gharama”, I am ready to pay the price.

It is almost impossible to discuss a revolution without encountering resilience and resistance, and nothing better illustrates this than the socio-political history of the Labor Movement – in pre-independence Kenya and elsewhere – which serves as a great illumination into the intrigues that led to the international Workers’ Day, a day dedicated to the social and economic struggles and gains of workers globally.

For majority of Kenyans, the day is simply synonymous with, or linked to, the strange idea of a day off from work in honor of work itself. In America, Worker’s Day has become a kind of farewell to summer, observed every first Monday of September, to fall between Independence Day and Thanksgiving, thus allowing working families a much-needed break after which kids resume school, football seasons start, and so forth. But indeed, it was not always like this. It took a political disaster to put Labor Day on the national calendar, yet the day’s true call has gradually quieted over time.

The industrial revolution modernized the US and Canada during the 19th century. As people enjoyed steady employment, owners of capital compromised their rights in the workplace. Longer work hours and pay cuts were imposed. By the late 1800’s, American workers faced twelve-hour workdays, seven days a week, under very difficult working conditions. US labor groups, therefore, began protecting themselves by unionizing and by May 1, 1886, the unions had had enough.

Hundreds of thousands of people went on strike across the country, calling for eight-hour workdays. Three days later, a bomb went off in Chicago’s Haymarket Square, the city at the center of the unrest as tensions escalated between protestors and authorities, killing seven police officers and four civilians.

The event only sparked a stronger push for workers’ rights. In 1894, nearly a decade later, railway workers in Illinois went on strike to protest wage cuts. The American President Stephen Clover Cleveland, under insurmountable pressure to end the demonstrations, again, sent twelve thousand federal troops to break the strike. Violence erupted and two protestors were killed.

Cleveland’s harsh methods made headlines and, in an attempt to appease the nation’s workers, the President signed a bill to make Labor Day a federal holiday. But the holiday was set for the first Monday in September, as an attempt to distance any association of the day with the Haymarket Riots over fears it would fuel support for Communism and other similar radical ideas.

Elsewhere, in Canada, unions had been illegal until 1872, when thousands of laborers marched to Prime Minister John McDonald’s home, to the effect of which, Canada would wipe out the anti-union law from its books, making the march an annual Canadian tradition. A decade later, Toronto labor officials invited an American union leader, Peter J. McGuire, to Toronto’s labor celebrations. McGuire was so impressed by what he saw and experienced that he suggested a worker’s parade to New York City’s central labor union, choosing September 5th as the day, because it filled a long void between July 4th and Thanksgiving.

Coincidentally, that same year, a machinist from New Jersey, Mathew McGuire, also proposed a labor celebration. Thousands of New York City laborers marched from City Hall to Union Square. They gathered in Reservoir Park for an afternoon of picnics, concerts, and speeches, rallying for an eight-hour workday. They also encouraged all US cities to follow New York’s lead and march for the working man’s holiday. Many people had to choose between going to work or marching without pay.

May 1 continues to be recognized as Labor Day in more than eighty countries worldwide. And however one chooses to look at it, the ultimate fact is that this shouldn’t be no ordinary day. It is a day that cherishes an extraordinary people, the workers, who should seize it and make it meaningful in the pursuit of fairness, equity and egalitarianism. Knowing that most states across the world remain violent and tyrannical, workers who make up majority of the citizenry must embrace eternal vigilance, to guard their day which mustn’t be turned into a pale public holiday but one for reenergizing and reorganizing.

In the first weeks of Kenya’s dusk-to-dawn curfew against Coronavirus, police killed more people than the virus, and by the time we inched towards the second month marker the killings and brutality had become so ... 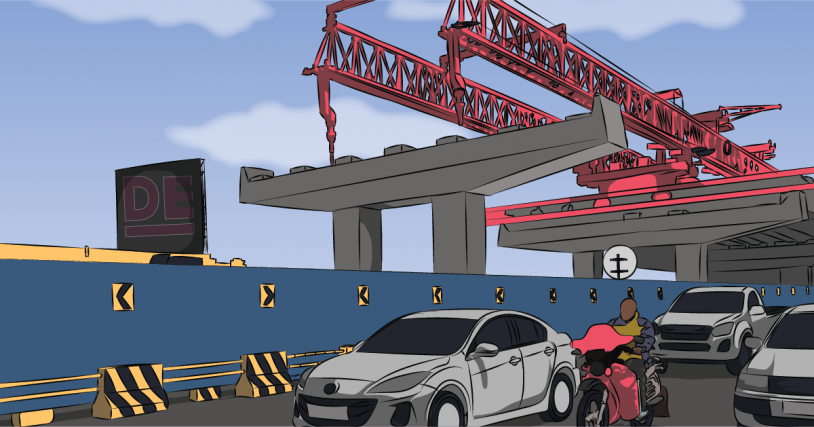 NAIROBI:  A City As A Construction Site

The capital city is a ringstrasse of dust and cranes. Everywhere you turn, there is either a road under construction or a pavement being done. But there is more than meets the eye, because, due ...

After a 10-month long break, its back to school for millions of pupils across the country. However, the resumption is far from normal as learners and ...