Welcome to the Disco!

For the first time in Kenya’s electoral history, we have not one but three women on the presidential tickets as running mates; Martha Karua of Azimio Azimio la Umoja One Kenya Coalition, Justina Wamae of Roots Party and Ruth Mutua of Agano Party.

Campaigns and manifestos have been trimmed and measured to centre women, with the two top political parties in the presidential race  both having outfits dedicated to women; Kenya Kwanza’s Women League and Azimio La Umoja’s Azimio Women Movement.

This shouldn’t be surprising. At 49.12% of the registered voters, women make up almost half of the electorate, and thus any serious political contender must go the extra mile in seeking to appease such a significant national constituency.

Reading through women-centered pledges in the various manifestos, one notices that they all seek to correct past and current injustices faced by women, and improve women’s quality of life.

Further, parties have promised to implement the two-thirds gender rule in elective and appointive positions, improve access to funding, provide quality healthcare, address gender based violence (GBV), and revisit the questions of equitable distribution of land and other resources, among other issues.

Below is a summary of who says what in their manifesto as regards the issues affecting Kenyan women. 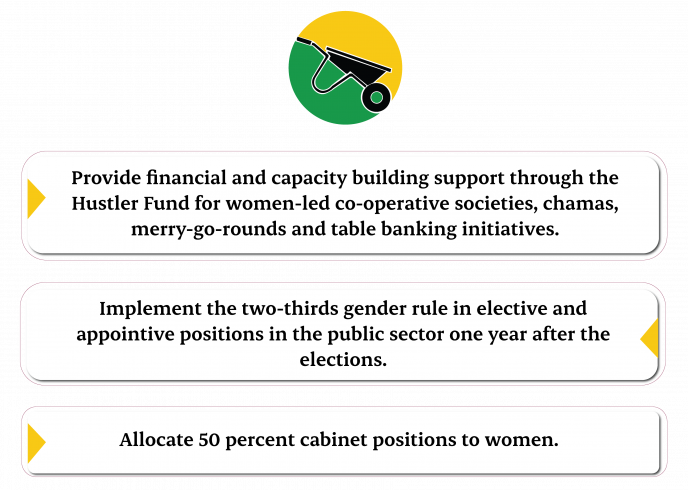 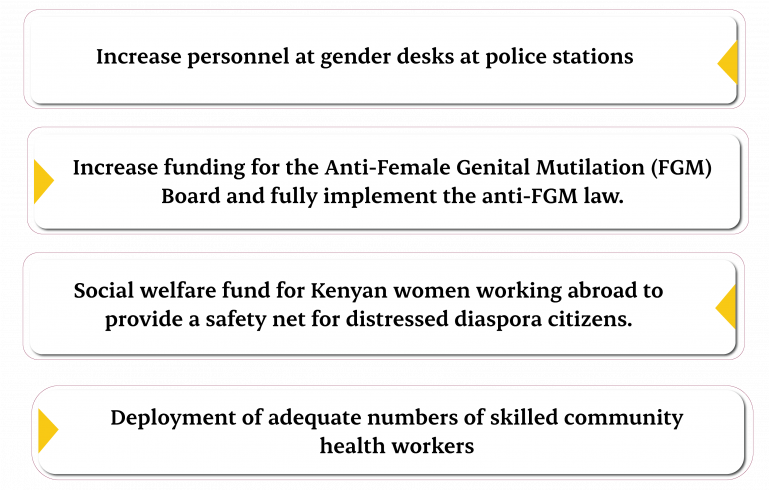 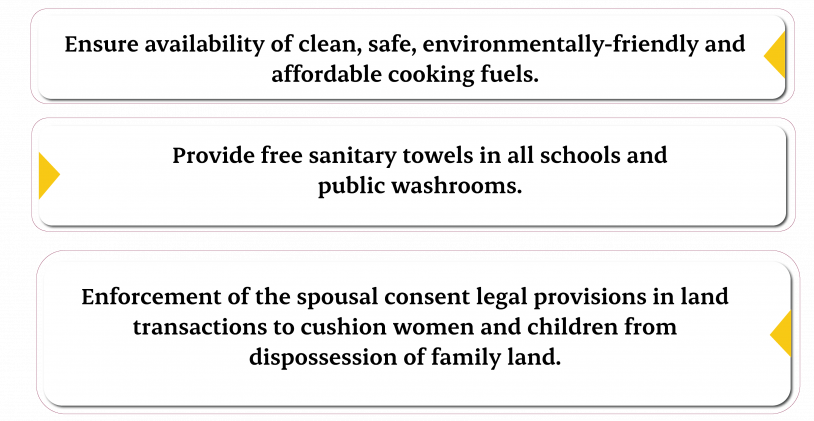 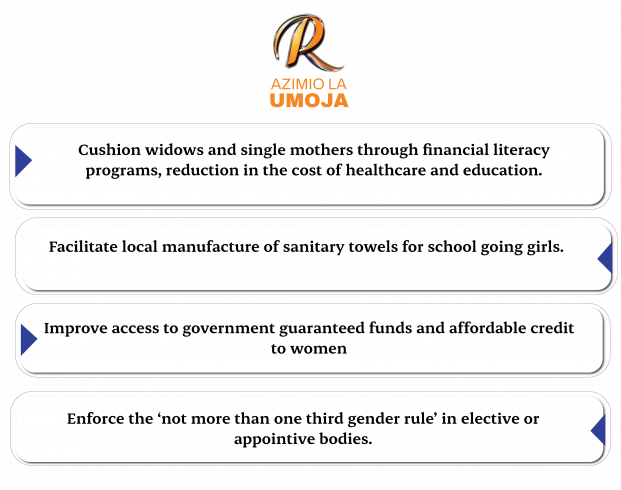 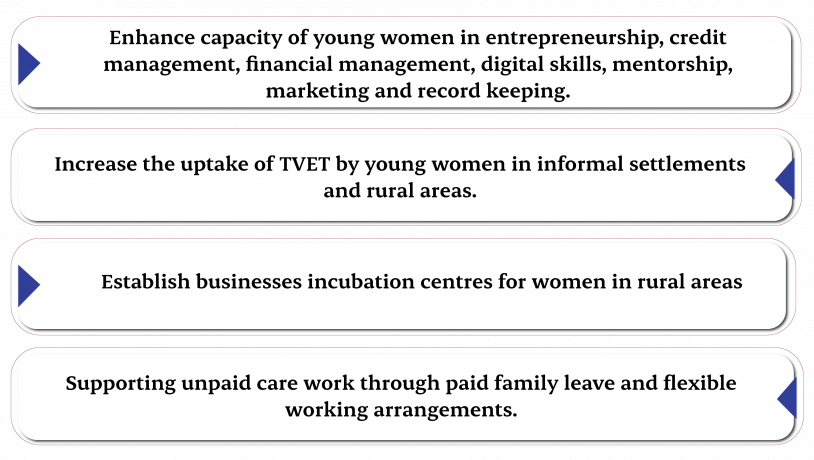 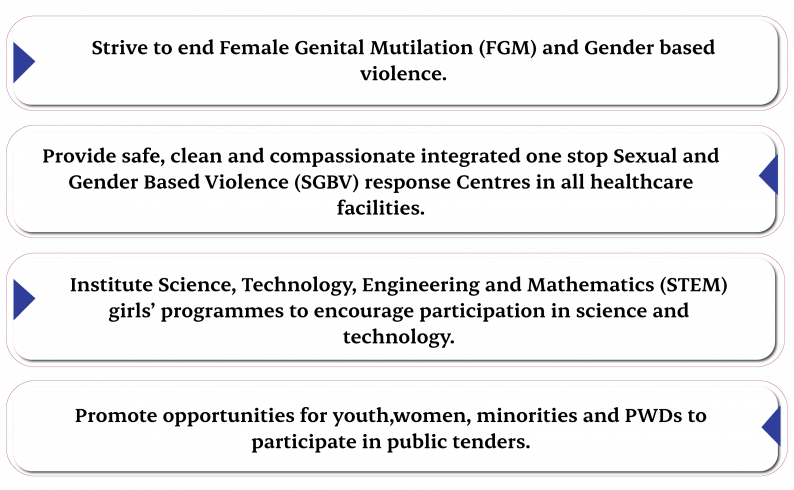 When the rally was packed but the polling station wasn’t 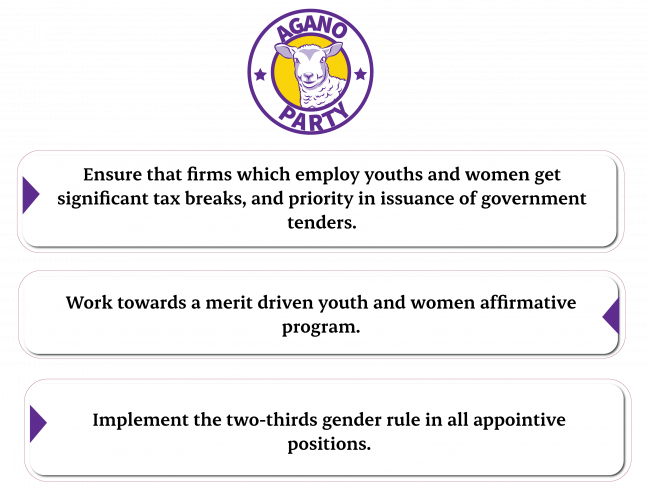 The Roots Party 10-point manifesto does not mention any pledges to women, however, Roots’ party leader Professor George Wajackoyah has in interviews with the media, highlighted his plans for women which are centred on caring for pregnant women. 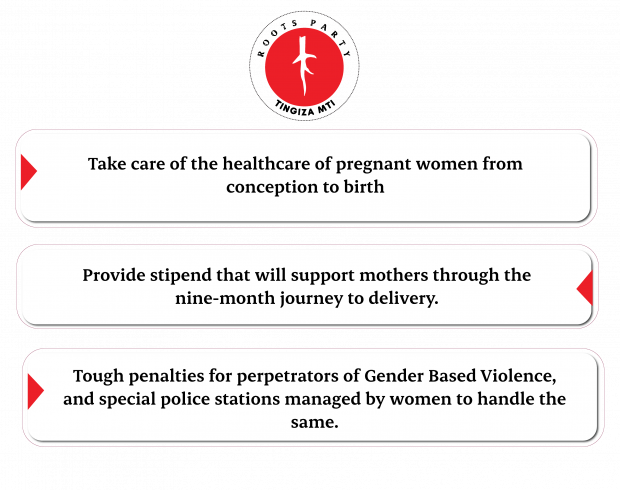 Intrigues of Past Presidential Petitions

Mathare, Makadara and the Embakasis