The water level at Kenya’s Lake Baringo has been rising gradually. The lake has burst its banks and is submerging houses, schools, hospitals, tourist lodges and highways. Scientists are concerned that the freshwater lake may soon merge with its southern neighbour Lake Bogoria; a saline lake.

To understand what’s happening to the Great Rift lakes, we spoke to Dr. William Ojwang’, a freshwater expert with WWF-Kenya.

Why is Lake Baringo bursting its banks?

This could be attributed to increasing rainfall. Of course this water must be coming from somewhere and realistically that water must be originating from the rainfall we have had over the last couple of months.

Have we experienced this before?

We have had an increase in human population; people are carrying out livelihood activities within the catchment areas. We have heard of catchment degradation, people encroaching these key water resource areas either for agriculture or settlement, people cutting down trees for charcoal, for timber, for grazing in these very critical wetlands. So, all these have increased the level of degradation of forests that we all know that are able to absorb some of this water when it rains. They have a sponge function, absorbing the water when it rains and storing it in the underground aquifers, into the water table. What happens is that the water is released slowly and this is what maintains our streams and rivers during drought. This is why you will find streams flowing even during the drought season since this water comes from the water absorbed in the catchment area and is now being released.

Is this what is happening to Lake Baringo?

Another glaring thing is the colour of these rivers and lakes. Have they changed colour over the years?

You must wonder why from January to January, since we were born, these rivers have been that turbid. Heavy loads of sediments! Have we ever asked ourselves where all these sediments end up? Of course in the lakes and Lake Baringo is one of them. Now with Baringo, like other Rift lakes; has no obvious outlets. So it means that all these sediments are contained within the lakes and the lakes have become shallower with time and cannot hold much water so they’re bound to break their banks because they are shallower. This soil is coming from the degraded catchment area because of inept agricultural practices; no terracing, no contour farming and to add to that, this is a place where people keep herds and herds of cattle… numbers beyond the land carrying capacity. So they graze until the land is bare and what animals do is that they break the top soil and when it rains all that is swept down into our lakes. It’s a thick soup of soil flowing downstream into our lakes and then where does that soil go?

The lake has no obvious outlet and it becomes shallower and with climate change there will be prolonged drought but also lots of rainfall. Where will all this water go? It can’t be retained up in the catchment. It will flow down the lakes but then the lakes are shallow and the water has to find its own level. That is the threat that we are talking about at the moment. So Bogoria rising, Baringo rising, the merger of the two lakes can happen.

Don’t we have any legislation that protects these areas close to the lakes?

We have the riparian law and guidelines. People are told that these areas at some point in time if the water levels rise then water is bound to reach, so avoid these places. But what do we do? You say that land is part of my title. So nature is fighting back and these are people who have been told not to settle in those areas and now the water is rising and then they run back to the government and say we’re in trouble again, come and help us. But you were warned.

Is there an impending ecological disaster in this area?

Lake Baringo is extremely important. If you look at the fishery, it has a huge potential. If you look at the other megafauna like the hippos and the crocodiles and incredible numbers of birds… So great biodiversity and tourists do travel to Lake Baringo. It provides a considerable income for the communities. People’s livelihoods here are threatened.

There are only two freshwater lakes in this area; Baringo and Naivasha. The other lake in the neighborhood is Lake Bogoria; it’s saline. God forbid if these two lakes come together and merge, this would be an ecological disaster. We have fish that are ecologically adapted to the environment. There are those adapted to a semi-saline environment. So merging the two would be a huge challenge to biodiversity. We expect biota to adapt but adaptation is usually gradual. So if it’s something that happens suddenly that would be disastrous.

Is there a solution to this problem?

For sure! At the moment we are talking about nature based solutions and one of those is to enhance green infrastructure. Many times people will think of putting up a dam somewhere so that it can hold that water; but that won’t be a long term solution. The solution is in enhancing the green infrastructure; planting trees. Let us continue with the government’s efforts and what we are doing as WWF is complementing those government efforts where we can increase tree coverage in this country and not just in key water source areas like the Mau but even on our own farms.

We have agro-forestry, schools, hospitals… You can have your own wood so that you don’t go out to the forest to cut down trees. If you cut one, replace it. Lets celebrate birthdays by planting trees. That will increase the tree cover and ensure that when it rains this water is captured and fills our aquifers and water tables. Protecting and securing these water source areas is extremely important and this is not rocket science.

And yet the jerrican-syndrome is a familiar site in Nairobi, and not just in the sprawling Eastlands where I lived after campus. I stayed in the infamous Pipeline Estate, aka Pipu, that place where Breeder ... 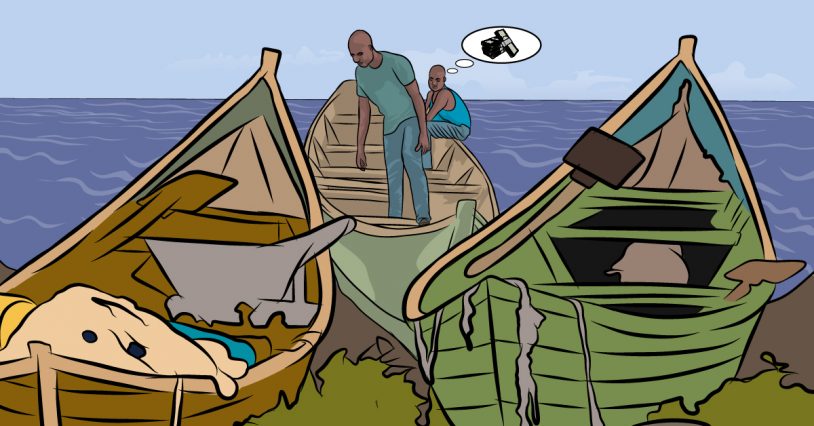 In addition to the economic factors, the government of Kenya previously paid keen attention to the Lake Victoria resource. Policies such as the ban on fishing activities between April and August each year allowed the ... 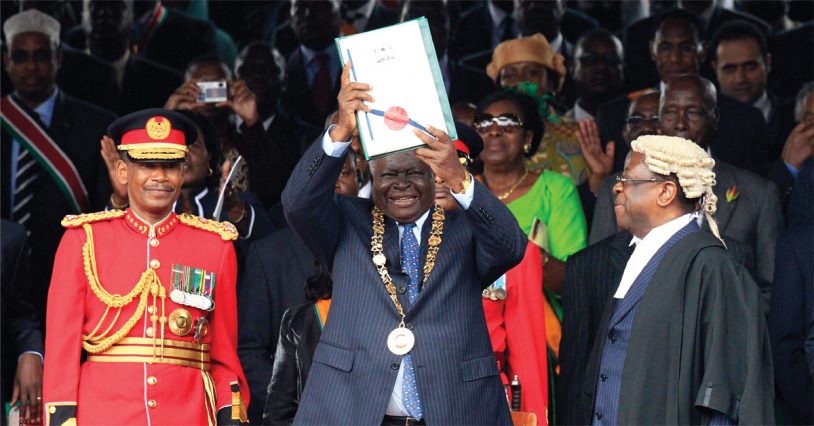 For the basic structure to be morphed, the sovereignty of the people must bear.