I am fighting sleep at the back of a 14-seater Kileton mathree one Friday aftee on my way to Westy. I decide to be an adult about it and keep the temptation to nap at bay, ending up with nothing better to do than eavesdrop. I don’t struggle to overhear the animated gumzo between two women who seem keen on letting everyone in the jav in on their convo.

‘Did you hear the tea on the Wayahudi family?’ the one donning a red turtleneck and a big fro probes.

“I’m yet to check it out, but from what I’m hearing, it’s messy! Ebu spill’, responds the one in a black sweater and beaded cornrows.

I prop my body, eager to hear Fro Sis spill. From the growing murmurs, half the passengers in the mathree either have their ears perked up or are questioning the two sisters’ manners for gossiping out loud. I am not the only one invested.

As if pressed with this info, Fro Sis pulls out her phone, and for a moment I am worried for her screen as her manicured tips forcefully tap away. She stops, then passes her phone to Miss Cornrows. As though privy to our prying ears, Fro Sis doesn’t disappoint. She furnishes Miss Cornrows and by extension the rest of us with the 411, including the sites carrying the story. My sleepy self gets completely engrossed in the tea, nearly missing my stop. I alight, eager to join my colleagues and delve deeper into the tea.

But let’s take this back to the beginning.

If you are Kenyan, you are most likely conversant with various connotations of the word tea. For those in our folks’ generation, the Baby Boomers, and possibly extending to Generation X, tea means a hot beverage. But if you take it a notch lower on the generational spectrum and ask Millennials and members of Generation Y, it will mean kitu kidogo, a euphemism for a bribe. But to the later day Gen-Z, tea means steamy gossip, and they like it served piping hot.

Gossip, stereotypically considered women’s forte, has been a constant part of human history. Owing its origins to the word godsib — meaning a woman’s closest female friend picked as a child’s godmother — the term evolved to eventually identify any close female relationships, possibly giving credence to the allusion that it’s an all female affair.

Yet the consumption of gossip was so rampant in society, gendered assumptions aside. For instance, in Ancient Greek, messengers were deployed to pass word around so as many people would have an in on what’s popping, while the Egyptians left indelible writings and paintings on tombs. Information had to be shared widely.

However, the dirt culture has evolved with time, thanks to the internet. Digital platforms and Fear Of Missing Out (FOMO) have made all of this easier. Over time, certain blogs and social media pages have distinguished themselves as the default gossip mills, getting the most traffic whenever they spill the periodic tea. But beyond the substance of their gossip, these purveyors of gist have perfected the art of playing to the gallery with one of their go to baits being clickbait headlines.

But beyond the sometimes misleading headlines, some publications have gone the extra mile with dedicated tabs to keep fans updated on what is happening in their favorite icons’ lives. With the help of smartphones, people have shared pictures and secretly recorded videos of celebs enjoying their private time, with proprietors of the said pages, further fuelling the madness.

Thanks to this trend, a cabal of tea-servers emerged. With due diligence they carry out their own investigations and detailed research to provide proof that backs their allegations. All this information is used to make the skinder juicier.

This unwarranted sharing of information has affected personal relationships let alone those of celebs. Meetings among friends have become platforms for vague chit chatter about who got dumped for whom. In other scenarios screenshots of conversations have been used as the basis for this bitter brew.

The end goal of spilling the tea has never been defined nor solved. Some people claim that gossip is a disciplinary  medium, exposing the ills, rots, hypocrisy, and deceit in the community. Whether meant to be public or not, these vigilantes of concealed information are convinced that they are doing good  and delivering social justice.

For some celebrities and influential persons, the gist is like a spin at the  wheel of luck. They capitalize on the scandals, while making a killing with the publicity. Others would  go as far as coming up with their own version of the story. For the not so thick-skinned, shame, embarrassment, and even loss of livelihood is often the result of these unscrupulous claims. In extreme cases even family ties are severed.

Gossip is a never ending roller coaster. What may have been a harmless delivery of information, ends up as a bad game of broken telephone. Whoever brings up the story is castigated and unfortunately made a target where their personal mannerisms are made public, open for ridicule.

Where two or more are gathered, it goes without saying that word will travel. With the popular belief of sharing is caring, not everything spoken deserves a listening ear and not everything you hear deserves to be shared. Those who have found themselves in the middle of the boiling pot have had to face the consequences. Unlucky individuals have faced state criminal charges for sharing information not meant for the masses. Whether true or false, placing high profile folks in the gist for the sake of traction could be a career killer.

Not all information is power and not all tales told shape a community. It may sometimes go either way and ruin the intention all together. Gossip is like a recurring bad rash that has no remedy. It is among the unifying factors that bring us together as human beings. As a people it is up to us to set the necessary boundaries.

Tea made from specific plants has traditionally been given to women for various vaginal ailments, and these same herbs are quoted by peddlers of fake cures on social media, blurring the line between true traditional ... 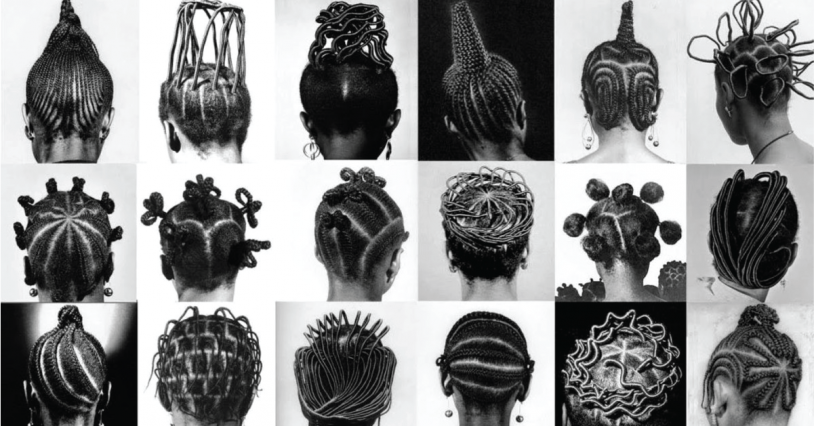 In fact, hairdressers were as popular back then as they are today. There was great demand for their services, though the braiding process was often time consuming, and sometimes complex. However, different African ethnic groups boasted of an array ...

Should Ukraine be driven to its knees, Kenya is bound to suffer major setbacks. The Cost of bread and wheat flour goes up. Kenya relies on imported wheat from Ukraine and Russia to meet its annual ...