Black hair, African hair – whichever you prefer to call it,  is an important part of our lives, and was also a big deal across different African communities in the past. Back then, Africans maintained a habit of ensuring their hair was clean, neat and arranged in a particular style.

From as early as the 15th century, in most West African communities, hair served as a means to communicate. In parts of Senegal, hair had a spiritual significance, in that many people believed because hair is the most elevated point of the human body, then it was the way to communicate with deities.

In fact, hairdressers were as popular back then as they are today. There was great demand for their services, though the braiding process was often time consuming, and sometimes complex. However, different African ethnic groups boasted of an array of hairstyles. But what was popular across the continent were braided hairstyles, such as cornrows and braids. Still, there was so much skill and technique that went into braiding and hairstyling.

Hair was a symbol of social hierarchy too – though primarily to distinguish those of royal status from the common folk. Africans from noble families wore elaborate hairstyles, sometimes adding a hat or a headpiece to further compliment their look.

Further, depending on where one came from, hairstyles often made it easy to identify a person’s ethnicity, age, marital status or fertility. For instance, in Sengal’s Wolof community, young girls donned a unique hairstyle: partially shaved heads. This indicated that they were not courting. Among the Himba in Namibia, teenage girls who had entered puberty wore dreadlocks or braid strands that hung over their faces. While both girls and women from the Fulani in West Africa styled their hair into a handful of long braids that hang on the side of their heads.

These looks – especially that of the Fulani – were often completed with decorations such as cowrie shells, beads or silver coins. Dreadlocks were also common among the Hamar women in Ethiopia. They too completed their hairstyle with colourful beads. Metal rings, wooden pins, bone, and ivory, were other hair adornments. And sometimes, amulets were incorporated into hairstyles, as opposed to being worn around the neck or on ankles.

In some communities, widows went without making their hair during mourning periods. An article on African culture states that this was in order to look unattractive to other men. And for women in general from West Africa, thick, long hair was seen as a symbol of prosperity in terms of wealth and children.

The love for long African hair is still seen today, particularly if it is natural.

A study conducted in 2016 in Daystar University (Nairobi) sought to explore the hair preference of female students after the researchers noted a trend in afro-textured hairstyles. The research’s relevance at the time was largely due to the fact that the trend emerged after a long season of chemical-straightened hairstyles being the norm. According to the paper, chemical-straightened hairstyles were introduced to Africans through broadcast and print media – advertising the ease and beauty of straightened African hair, its supposed resemblance to Caucasian hair.

While the study focused on a group in one setting, the findings indicated that the transition from chemical-straightened hairstyles to natural hairstyles was largely because participants wanted healthy hair. Having used chemicals (i.e. relaxers) on their hair for years, participants had experienced its side effects. The trend in afro-textured hairstyles had further encouraged them to transition to their natural hair.

More recently, Vogue published a piece  featuring Ethiopian–American artist, Marian Mereba, who shared about her hair journey and how she presently uses her hair as a storytelling tool in her music videos. 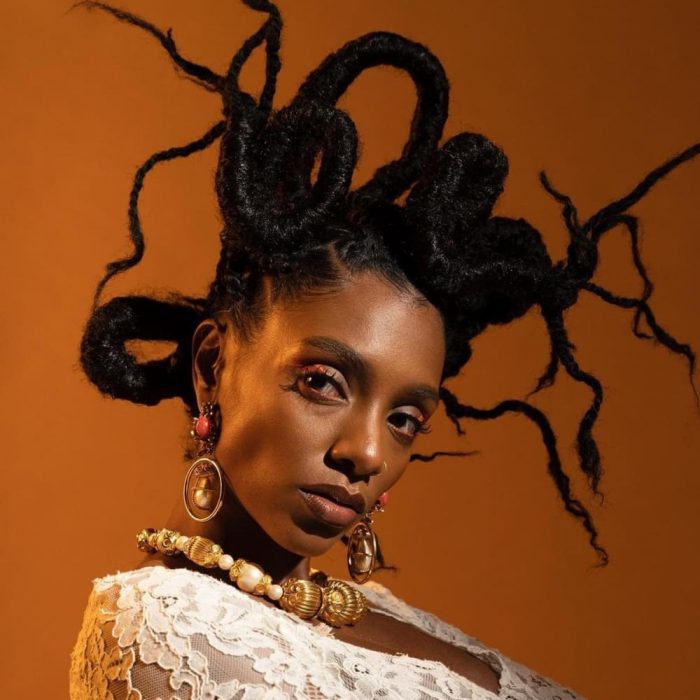 In line with this, and going back to history, cornrows are said to have been used as a communication tool to deliver messages. This was unique to Columbia where Benkos Bioho, a Guinea Bissau noble – captured by a Portuguese slave trader and enslaved in Columbia – formed the idea of having Afro-Columbian women use cornrows as maps, as well as communication tools to deliver messages. As maps, the cornrows guided slaves in escaping their captors’ homes and plantations.

As the natural and braided hairstyles trend peaked in Nairobi, salons sprung up to cater to women who were part of and joining the trend, while existing salons expanded their services to cater to this clientele. And while chemical-straightened hairstyles are still common, no matter the hair preference, people still continue to invest in their hair through purchasing hair products and seeking hair services. As we move into an undisclosed future, one might wonder how much further (if at all) the story of African hairstyles will evolve. Only time will tell.

How To Calculate The Worth Of Your Vinyl

Bashing Dunes In The Kalahari

What We Get Wrong About Diabetes

Lamu Nights Have No Sequels