Every morning, Mariam Losike and her teenage daughter Elaale walk for an average of half an hour to fetch water. After filling up their two 20 litre jerry cans at the nearest water pan, Mariam carries one load on her head and uses her feet to help her daughter roll the second on the ground. That way, Elaale is spared from backache.

However, the situation gets worse whenever the dry season checks in and water pans dry up. In those dire phases, Mariam and other women across Turkana County, where she resides, have to make a 17 kilometers trek to what is the closest all-season borehole.

This means setting forth at the crack of dawn, so as to sidestep the scorching sun as well as ensure she is among the first ones on the long winding queue. But no matter how hard she tries, it so happens that Mariam will sometimes wait in line for an average of an hour before it’s her turn to fill up her jerrycan.

Expectedly, the 40 liters per day isn’t sufficient to comfortably run a household, falling short of the World Health Organisation recommendation that in an ideal scenario, every person  requires  between 50-100 litres of water per day to meet their basic needs and keep health risks at bay.

This therefore means that Mariam is one of the estimated 19 million Kenyans who are unable to access adequate clean and safe water. Like thousands of women and girls across  Kenya, Mariam spends an average of two months of every year collecting water.

Data from Hurumap, (An interactive toolkit for storing Kenya’s census data) paints a clearer picture of Mariam’s predicament, estimating that only an average of 12% of Turkana County’s 124,000 households has access to piped water. On the other hand, Muranga County fairs a little better with only 24 percent of its 243,000 households accessing piped water, with nearly half the households (47%) depending on streams – meaning girls and women are expected to fill the gaps.

And then there is the politics of water.

In 2019, Murang’a governor Mwangi wa Iria got into a tussle with Nairobi County. In wa Iria’s thinking, Murang’a residents needed to either earn revenue for being one of the primary water sources for Nairobi, or have the county’s residents allowed to access the water which was being exported to the capital.

A report by the global water charity, WaterAid – women and girls continue to bear the burden of fetching water for their families and other unpaid chores.

When girls and women carry the water on their heads, this can have very negative health effects on them. Apart from failing to attend school or other domestic responsibilities, the women and girls have to contend with the physical exhaustion and the attendant aches and pains associated with carrying the heavy jerry cans on their backs or heads.

The situation is slightly better for women in urban informal settlements. They may not have to travel far to get clean water but the waiting takes hours and particularly when water is rationed.

Jane Rose may not walk long distances to collect water. But the time she spends queuing for it means she has to wake up at 4AM if she is to collect enough for her household needs before she leaves to search for casual work as a washerwoman.

The communal water tap is about 100 meters from her modest house. But it is the only source of water for more than 300 other houses.

“I wake up at 4 am to avoid the queue. Sometimes l find people have ‘booked’ their space by putting their extra jerricans in line,” she says.

But even then, she cannot start filling her two jerricans until the person responsible for the water pump opens the taps which is usually at 5AM.

“The earliest I have ever returned home after waiting to fill my jerricans is 9 am,” Naliaka says.

During her absence, Naliaka’s eldest child, 12-year old Nafula, looks after the baby. Nafula cannot leave for school until her mother returns from the water pump. On average, Nafula misses the first two lessons of the day as she is always late on the days her mother goes to fetch water. The irony here is, while the government has arguably provided free primary education to ensure learners in slums don’t miss out on school due to lack of fees, the same government has failed to provide water and sanitation for all. Therefore, although Nafula doesn’t miss school due to lack of school fees, she misses out due to lack of water. Effectively rolling back every gain made in free primary education for all.

The story is almost the same for 13 year old Akinyi Akello, a Class 7 pupil in Mukuru Kwa Njenga. She does odd jobs to help her physically disabled mother who is not able to work. Every day after school, Akello goes to wash dishes in local food joints or gets odd jobs to do at the nearby Imara Daima estate. On average, Akello makes Sh300,which is barely enough to buy food or other necessities.

Where they live, a 20-litre jerry can of water goes for 10 Kenya shillings. Like her counterpart Nafula in Soweto, Akello often misses school to go in search of this precious commodity, especially during months that water scarcity bites – which is increasingly becoming a norm.

Much as the system seems to offer these teenagers and thousands of others a chance at education, this benefit is reversed considering the high levels of water scarcity.

According to the Kenya Integrated Household Budget Survey 2015/16  released by the KNBS, 75 percent of the population walks to fetch water, with 63.4 percent of residents spending less than thirty minutes and 11.6 percent spending more than 30 minutes to fetch water.

In rural and marginalised areas, the problem cuts across the board. Both boys and girls are denied a chance at enjoying their childhood and getting an education due to water scarcity. While girls accompany their mothers for long distances in search of water for their families, boys and their fathers cover the same distances or even more in search of water for their herds.

Like many other governments across the world, the Kenyan government pledged to address this problem which is Sustainable Development Goal number 6 by the year 2030. However, going by the current statistics, there seems to be no end in sight for the water crisis in Kenya.

Women continue spending hundreds of hours weekly in search of water, instead of investing that time in income-generating activities which  can improve living standards.

These funds are meant to improve water access especially in rural areas through  boreholes and water purification points. In 2019, 15,418 boreholes were drilled with an additional 3,410 budgeted for the following year, all funded through donor support for large infrastructure dams and water supplies.

But with that being said, the government’s commitment to meeting the SDG goal raises concerns going by the number of scandals in the water sector, where senior government officials are accused of stealing resources set aside for the construction of dams which would have reduced the distances that women and girls walk to get water.

In the case of Elgeyo Marakwet County, the Arror and Kimwarer dams would have helped provide access to water for thousands of households considering less than 20,000 households in the county enjoy piped water. In the meantime, women voters continue to break their backs looking for water.

Even though women make water and sanitation decisions in most households, they are rarely consulted in the planning or management of the same at the larger community level. In Women as Water Guardians in the Home, journalist Soila Kenya highlights this absence of women from water management bodies, entities which make decisions on where and how water related utilities and services will be implemented. Only 30 percent of the Water Services Regulatory Board (WASREB) is women.

When it comes to questions of access and the planning for water projects, women, especially those in rural and informal settlements need to be prioritized in design and implementation considering it  is they and their daughters who commit a huge chunk of their time in pursuit of this scarce commodity.

And yet the jerrican-syndrome is a familiar site in Nairobi, and not just in the sprawling Eastlands where I lived after campus. I stayed in the infamous Pipeline Estate, aka Pipu, that place where Breeder ... 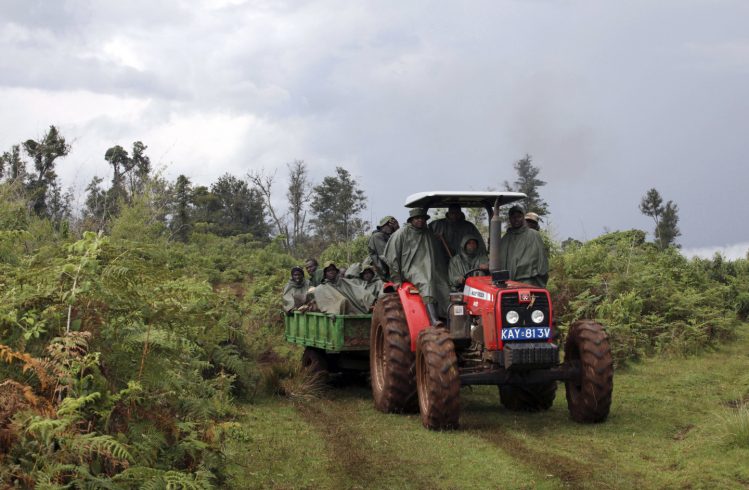 The water level at Kenya’s Lake Baringo has been rising gradually. The lake has burst its banks and is submerging houses, schools, hospitals, tourist lodges and highways. Scientists are concerned that the freshwater lake may ... 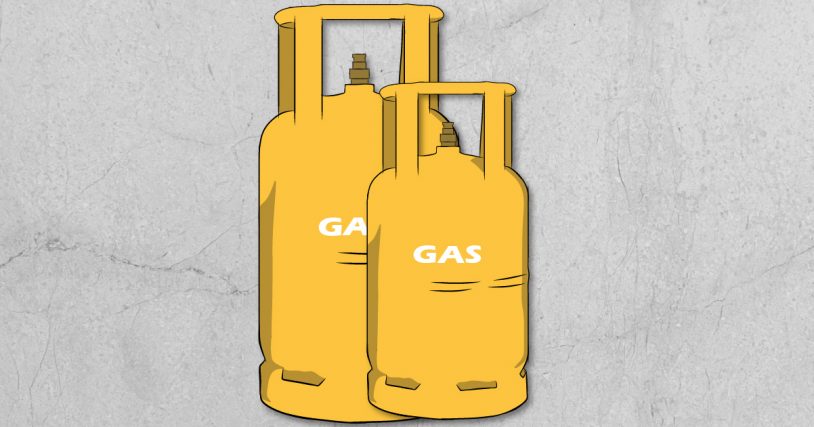 Unlike super petrol, diesel and kerosene, the price of LPG is not regulated. The retail price of cooking gas is at the whims of importers, who often adjust the prices based on the forces of ...