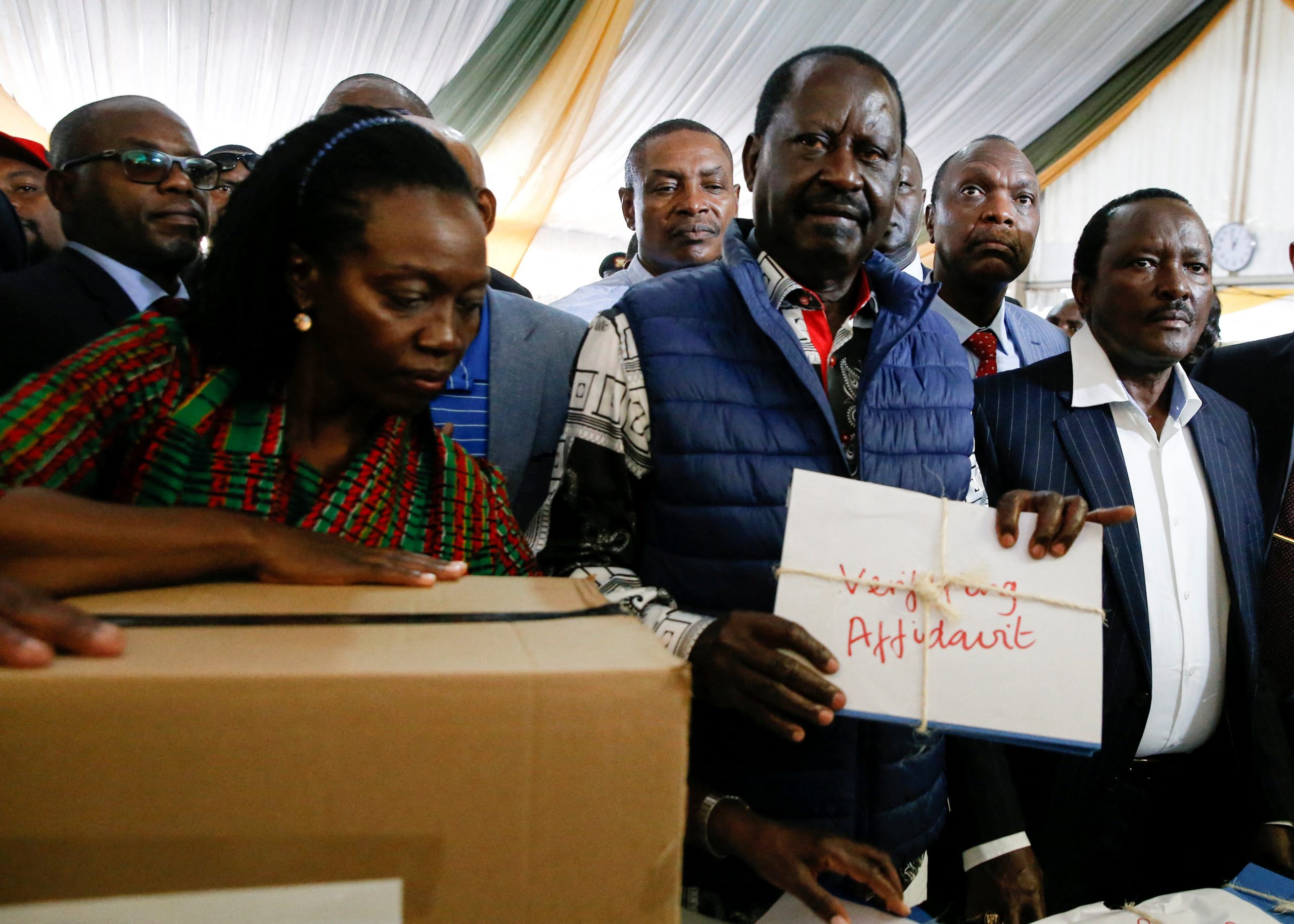 By 2 p.m. on 22 August 2022 – being the final day and hour when filings to the Supreme Court would be made against the declaration of William Ruto as president-elect – nine petitions had been submitted, with the requisite fee of KSh 1 million paid.

Of the nine petitions, the filing by Raila Odinga and Martha Karua, the duo which had hoped to be declared president and deputy president elect was most dramatic, coming complete with a lorry full of evidence and chanting crowds. Then the various affidavits started doing the rounds online – accusations and counter accusations – and everyone knew the Supreme Court had its work cut out for it.

But let’s talk timelines, starting with the last one week, and the next one week.

Within 24 hours after responses were filed, a rejoinder was to be filed and served by petitioners. A rejoinder is a reply by the petitioner to the counter claims filed by respondents.

Any person that wished to be enjoined as a respondent to the petition was required to have filed their applications by August 28.

Applications received at the close of pleadings on August 28 included that of:

28 to 29 August 2022: Filing, Servicing and Responding to Interlocutory Applications

Interlocutory applications, which are written submissions to the Court, were to be filed by August 28 and responses delivered by the Court on August 29. The applications allow parties to the petition to seek relief from the Court on the procedure and preparation of cases or striking out of pleadings made by parties.

At the pre-trial conference, the Court shall:

(a) Frame contested and uncontested issues in the petition.

(b) Consider consolidation of petitions in cases where more than one petition is filed.

(c) Give directions specifying the place and time of the hearing of the petition.

(d) Direct the Commission on the handling of all the relevant election materials and documents relating to the petition before commencement of the hearing.

(e) Make orders as may be necessary to ensure a fair determination of the petition.

Immediately after the pre- trial conference, the hearing of the petition will commence led by the Chief Justice, Martha Koome, at the Milimani Law Courts, which will temporarily host the Supreme Court sittings. The Court was relocated from its premise at the Central Business District to the Milimani Courts as the Court needed ample spacing that met the COVID-19 regulations.

The Supreme Court has until 5 September, which will mark the fourteenth day from the commencement of the petition process, to deliver its verdict. By law, the Court has the leeway to, at the close of a hearing, give its verdict but may reserve its reasons for the decision to a later date which should not exceed fourteen days from the day of the verdict. In 2017, the Court delivered its summary ruling that nullified the 8 August election on 1 September and its full judgement on 20 September 2017.

At the conclusion of the hearing of an election petition, the Court may make an order:

(a) Dismissing the petition(s)

(b) Declaring the election of the president-elect to be either valid or  invalid.

(c) Invalidating the declaration made by IEBC under Article 138(5) of the Constitution.

(d) On payment of costs.

The decision of the Supreme Court, once delivered, is final.

How a President-Elect is Sworn-in

The History of The Kenyan Parliament