Work, Play and Forever After: When Couples Work Together

Paul Ogola, a leading actor in Showmax series Crime and Justice met co-star Adelyne Wairimu in 2012 at Galaxy Players, a theatre group in their home church in Buruburu. Their ambitions at the time were to grow and grace the big stages. None foresaw their professional relationship blossoming into love.

Adelyne thought Paul was too arrogant when they first met. Paul felt she was a rough diamond and promised himself he’d polish her.

“She had something special in her,” Paul says. “I felt if I helped her find it, I would find my spark as well.”

Adelyne was studying nutrition at Kenyatta University and was burdened by the “sad and boring” nature of her specialisation. “I just wanted to be on a stage,” Adelyne says.

As she juggled studies and theatre practice, her friendship with Paul strengthened. He was always on hand to give her a listening ear to vent about the mundanities of her college life.

Paul and Adelyne worked together on ‘Swindler’ at Galaxy Players. He directed the play as Adelyne starred. The arrangement presented a challenge they have since become accustomed to. They had to prove to themselves and to their colleagues that this was work and everyone merited their roles. It had nothing to do with their relationship. The play was a flop despite their best attempts to make things work. By the time they took to the stage, only their friends had come to watch it.

Growing up in Jericho, Paul felt the stage was somewhere he and Adelyne would confront the realities of their upbringing.

“Both of us grew up in what I would call the ghetto. And we had to deal with challenges like avoiding drugs by discovering ourselves on stage,” Paul says.

When they both became good enough to venture out of Galaxy Players and join Heartstrings Entertainment, the weight of performing on such a grand platform became too heavy for Adelyne. Again, she found solace in Paul’s expertise. 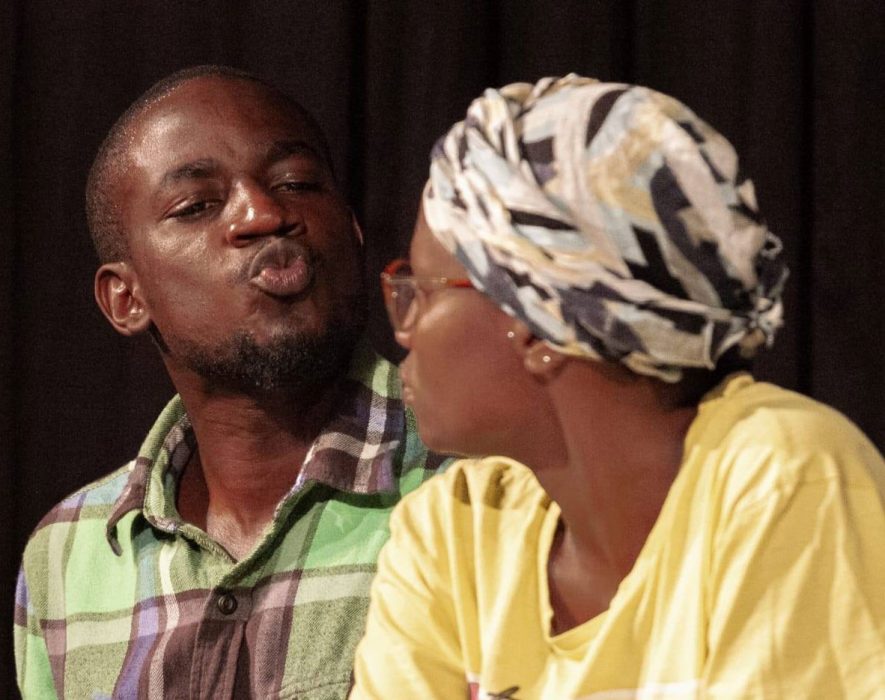 Paul Ogola and Adelyne Wairimu performing at a Heartstrings production.

Paul had joined Heartstrings Entertainment two years before Adelyne and understood the weight of the expectation and pressure. He listened to her worries and gave her the support she needed. Adelyne had to work extra hard to prove to people that she was not in theatre because of their off-stage relationship.

“I did not give anyone that benefit of doubt,” Adelyne says. “No one ever insinuated that I was there because of Paul and that is because I was doing my job.”

In 2017, Adelyne was cast as the star actor in the short film Watu Wote. One year later, the film was nominated for the Best Live Action Short Film at the Oscars. It was a massive win for Adelyne, but it also confirmed to Paul that his quest to polish the diamond was not a gamble. He was at the time acting in a hit Netflix Original, Sense 8. 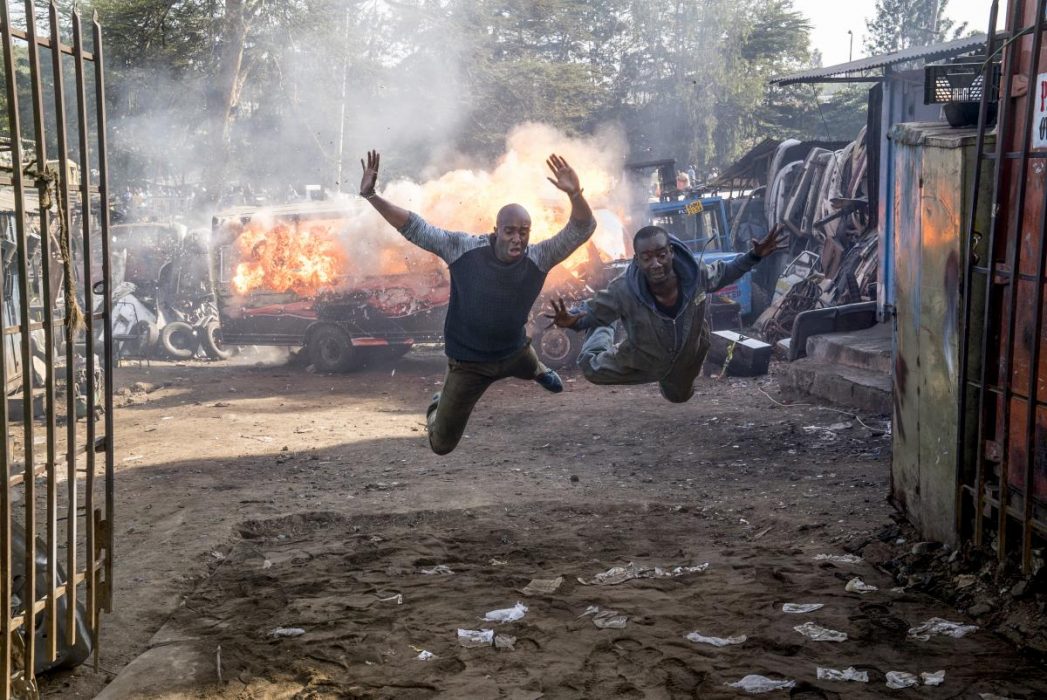 “When that film was nominated for the Oscars, I knew my hunch about her was not wrong. If there was anything that showed me that we were meant to be, it was that moment,” Paul says.

The thespian says he is working on a project and intends to cast his partner in a leading role.

Both of them acknowledge that they are now household names in the industry. Adelyne says Paul admires her portrayal of characters that show raw emotion.

“I will forever be amused by her ability to channel her tears,” Paul says.

As they work to stamp their prowess in the acting industry both locally and internationally, they reminisce about the growth they have made in separating work from their relationship.

“We have known how to draw the line,” Paul says. “The days where we would probably hold on to work differences when we have gone home are long gone, and this comes with age.”

As they speak, one would be forgiven to think that there is a 10-year age difference between them because of the reverence that 27-year-old Adelyne has for Paul, who is 30.

Adelyne admits that she knows she’s a good actor and has not reached the Oscaresque heights by chance, but lets Paul take all the glory when asked who the better actor is.

“Of course there are roles that I play well, but he is really good,” Adelyne says.

There are dangers of couples working together, but the dynamics of Adelyne and Paul’s personal relationship have effectuated how they work on screen. For this reason, when Interior cabinet secretary Fred Matiang’i, declared that police officers should not get into romantic relationships with their coworkers, it rubbed Paul the wrong way. 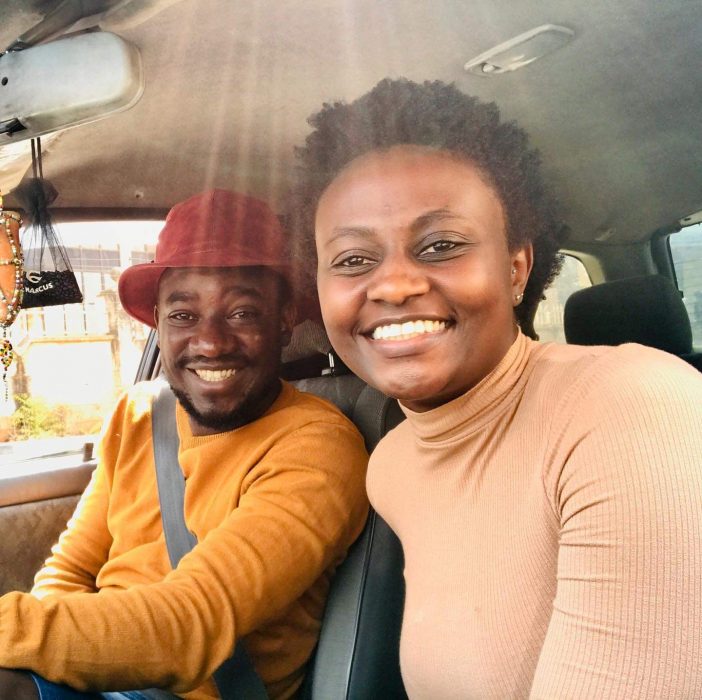 Research by health psychologists has shown that the dynamics of working together fosters a healthy personal life, with couples finding satisfaction at work and home. The fact that a partner can understand what their significant other is going through at work presents a different situation from couples who do not work together.

In a study published in the Journal of Occupational Health Psychology researchers Jonathon Halbesleben, Kelly Zellars and Dawn Carlson found that when partners are satisfied at work, the satisfaction translates to off the clock scenes. In fact, contrary to assumptions, the study indicates that couples who work together have greater benefits than those in different occupations.

Despite appearing on Crime and Justice together, Adelyne and Paul did not feature in the same scene. We can only hope for a production that will put them together, if we are lucky, to see them act out their real lives.

Love By Any Other Name

Style Secrets For Every Broke Girl

Believe It or Not, Embarambamba Is Us

Detention of Patients Pending Payment of Bills is Unconstitutional